Will (Ben Foster) and his teenage daughter, Tom (Thomasin Harcourt McKenzie), have lived off the grid for years in the forests of Portland, Oregon. When their idyllic life is shattered, both are put into social services. After clashing with their new surroundings, Will and Tom set off on a harrowing journey back to their wild homeland. 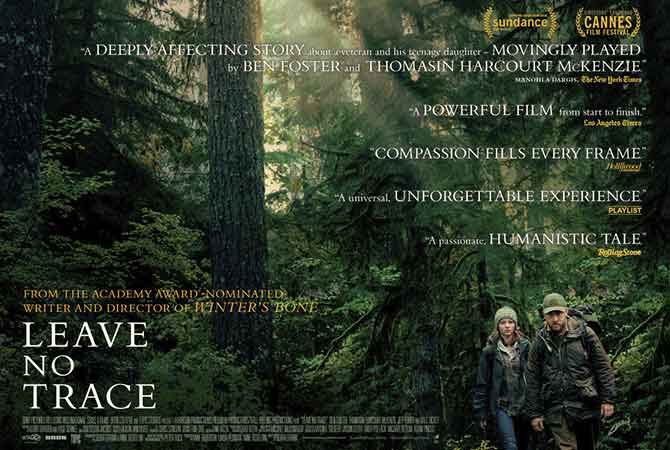 Her first feature was Down to the Bone, which she directed and co-wrote and which world-premiered at the Sundance Film Festival, where Ms. Granik was voted the Directing Award and the film’s star Vera Farmiga was voted a Special Jury Prize. The filmmakers were nominated for the John Cassavetes Award at the Independent Spirit Awards and Ms. Granik also received a Gotham Independent Film Award nomination; Ms. Farmiga was named Best Actress by the Los Angeles Film Critics Association.
In 2014, Ms. Granik completed her documentary feature Stray Dog, which later aired on PBS and was nominated for an Independent Spirit Award. The film’s subject is Ron “Stray Dog” Hall.