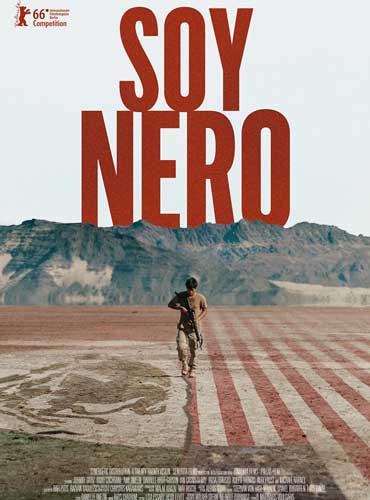 SOY NERO follows the story of Nero Maldonado, an undocumented teenager raised in South Central Los Angeles. After several failed attempts to cross the border without papers, he finally succeeds. Once back in Los Angeles, he realizes the difficulty of leading a regular life as an illegal immigrant. Nero enlists in the US Army as a “Green Card Soldier,” with the hope of a shortcut to citizenship. Soon he is halfway around the world fighting for the United States Army to obtain his citizenship. Nero must survive the unforgiving Middle East desert, and face the harsh reality of being a green card soldier for the United States Army.