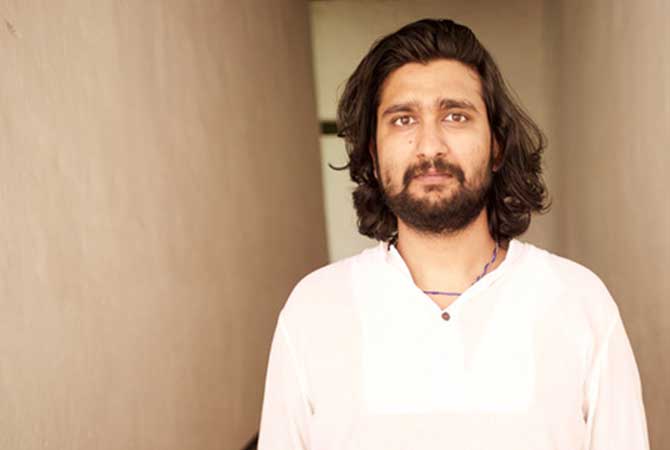 Coming Tuesday, November 21, KXLU Los Angeles presents Center Stage with Mark Gordon featuring filmmaker Rahul Jain, director of MACHINES, a documentary that explores the meaning of modern-day labor, exploitation and the human cost of mass production in our globalized world. The film is at once stunning, beautiful and brutal. We see images of men, human machines, as they work in harsh conditions, 12-hour shifts, for 3 dollars a day. A man battling a fiery furnace, a child repeatedly jolting himself awake as he feeds fabric along the line. Through scant dialogue, the film gives voice to the countless migrant workers who take out loans to travel great distances and work 12-hour days, often more—all for a chance at a barely livable wage.

Center Stage with Mark Gordon airs Tuesdays at 7 PM (PST) on KXLU Los Angeles, 88.9 FM. If you are outside Los Angeles, click here to listen to the live internet stream. 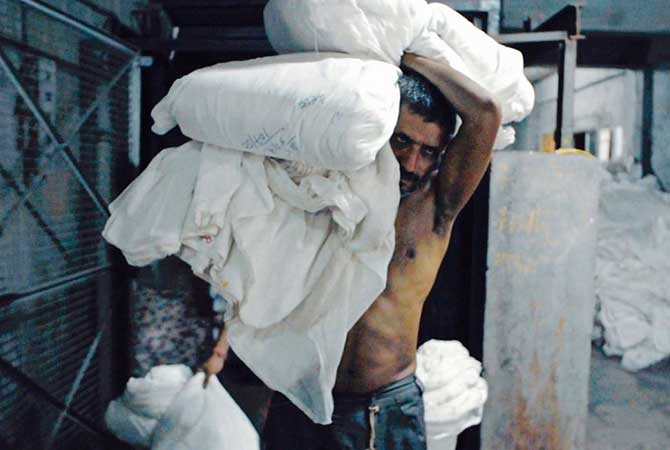 Moving through the corridors and bowels of an enormous and disorientating structure, the camera takes the viewer on a descent down to a dehumanized place of physical labor and intense hardship. This gigantic textile factory in Gujarat, India might just as well be the decorum for a 21st century Dante’s Inferno. In his mind-provoking yet intimate portrayal, director Rahul Jain observes the life of the workers, the suffering and the environment they can hardly escape from.With strong visual language, memorable images and carefully selected interviews of the workers themselves, Jain tells a story of inequality, oppression and the huge divide between rich, poor and the perspectives of both.

Since the 1960s the area of Sachin in western India has undergone unprecedented, unregulated industrialization, exemplified in its numerous textile factories. MACHINES portrays one of these factories, provoking cause for thought about persistent pre-industrial working conditions and the huge divide between first world and developing countries.

The textile and garment industry in India: facts and figure

The $US40 billion Indian textile and garment industry, much of which operates in the informal sector and is poorly regulated, employs an estimated 45 million workers. 12,6 million children are engaged in child labor in India. More than 95% of the factories have no trade unions on their premises. Overtime practice reaches about 70 to 80 working hours a week and is mostly not or underpaid. With an average daily wage from $US2 to $US5, the workers take home between $US90 and $US150 per month.

Estimates of the number of people trapped in forced labour vary. The International Labour Organisation says 21 million people are victims of forced labour globally, while the Global Slavery Index says there are 36 million slaves in the world, half of them in India.

“As a five year-old boy I used to roam around in my grandfather’s now-defunct textile mill in Surat, in India’s Gujarat state. It was easy to get lost in the labyrinthine corridors. I was overwhelmed by the machines as a three-feet tall kindergartener. It was this sensation of being minuscule in front of the gigantic processing machines that took me back to a similar factory twenty years later – this time with a camera. 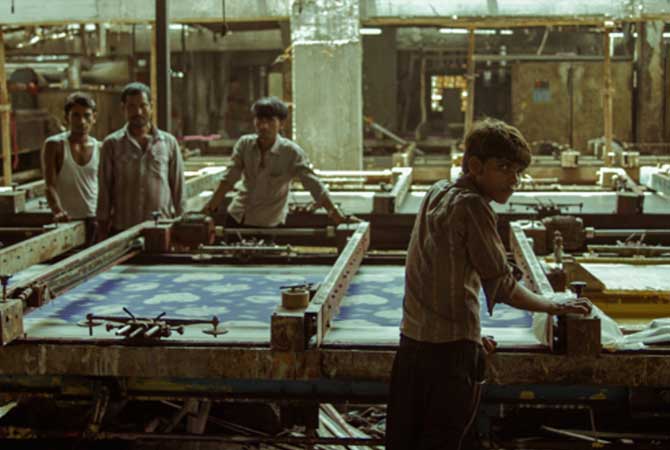 I remember in fragments getting lost in the long aisles of printing machines, enjoying the smell of coal in the factory’s boiler rooms maybe because it was forbidden for me to be there in the first place.
A child’s perspective is motivated by height, but as an adult the depth perception takes over. Seeing the world on an eye-to-eye level basis helped me sort my inclinations well. We forget this in our everyday existential structures because these things are hidden from our immediate field of vision, and I wish to elucidate through the camera this simple eye-to-eye perspective we sometimes choose to not acknowledge. It’s easy to look away from things we that make us uncomfortable so I set out to use cinema as a curatorial device to confront some of these things with a temporal patience. 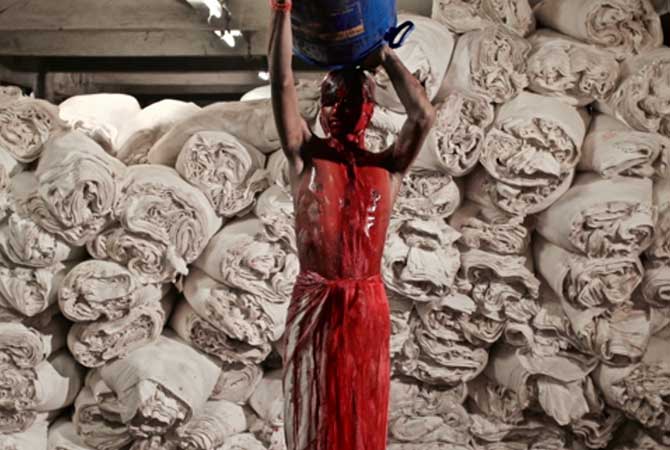 Venturing into many factories I have gotten a sense of my class, my identity among the 1.3 billion Indians I share my nationality with. A good fraction of the laborers don’t reveal their stories to me, probably due my association with the owners. But a majority of them are able to open up past our immediate and social differences, revealing the circumstances that lead them here. Young teenagers who joined these factory when I was an infant are now middle-aged adults. Some of them seem to remember me by my first name. I have travelled the world back and forth many times over, as these workers have toiled away their complete existences in these factories of exclusion and alienation.
Food, housing and fabric are the material necessities of existence. A factory functions within these interests built from a variety of human elements. There is one boss relative to thousands of workers. A lack of unionized labor in a densely populated, quickly accelerating economy leaves room for a lot to be left unseen, deliberate overlooking of a multitude of human beings for the interests of a few. It is not just one factory, it’s a civilizational structure. The systems that allow this to happen are the ones that needs collective acknowledgement.”

ABOUT Rahul Jain
Born in New Delhi, Rahul Jain grew up in various regions of India, such as Uttarakhand and Himachal Pradesh. He recently graduated with a bachelor’s of fine arts in film and video from the California Institute of the Arts and is presently pursuing a writing MA in aesthetics and politics. He is interested in the ideas of distance, otherness, and the everyday. Machines marks his debut feature.