Tom Shepard talks about his latest documentary UNSETTLED: Seeking Refuge in America. The film looks at the plight of LGBTQ refugees and asylum-seekers who are forced to flee their homeland because of violence and persecution, often at the hands of homophobic family members.  Tom Shepard: In 2014, I started researching this film, and at that time, in the US, LGBTQ civil rights were accelerating quite quickly, and marriage equality was sort of steamrolled to the supreme court would become the law of the land. I was doing some refugee volunteer work at Jewish Family and Community Services, and they had just gotten a grant under Secretary of State Hillary Clinton to resettle queer refugees. I think it was one of the first in the country to do that. And I just thought, wow, this a ripe moment because state-sponsored homophobia and persecution of queer people in many other parts of the world seem to have gone up. It almost felt kind [...]

Bruce McDonald is one of Canada's most original filmmakers. His latest movie features a narcissist, a hitman, a vampire, and Chet Baker. Sound Bizarre? Well, get ready to enter the world of Dreamland. Mark Gordon: how would you best describe Dreamland? Bruce McDonald: well, you know, it’s a strange one. I would sometimes describe it as a euro trash jazz western. Or it’s kind of a midnight movie. That’s sort of the vibe of it. Mark Gordon: are you a big fan of Chet Baker? Bruce McDonald: I like the mythology and the broken down romance of Chet Baker. I’m probably more of the Miles Davis fan in terms of the trumpet men. Chet is a strange and spooky cat. Mark Gordon: I saw the movie Let’s Get Lost, and I loved Chet Baker, so I went out and bought a bunch of his records. Bruce McDonald: I was turned on years later through a short film about Chet Baker called The Deaths of Chet Baker. It was made [...]

By now, you have probably binge-watched all the good films on Netflix and Amazon Prime, and you think there's nothing left on TV. Well, I've got great news for you, Dance Camera West presents the 2020 Virtual Film Festival, streaming until June 1, on OVID.TV It's a festival of short dance films from all over the world. We are going to talk about one of the films from the creative team of Matilda Sakamoto, and Derrick Belcham called If I Sound Happy, That's Your Mistake. Matilda and Derrick both lived in New York City and knew each other's work, but they had never worked together. One night, Derrick was at the Ace Hotel and saw Matilda performing the staged version of If I Sound Happy, That's Your Mistake. He loved the piece and approached her about making it into a short film. Derrick Belcham: I loved it. She was incredible. They cycled it twice, so I saw Matilda do it two times, and [...]

Several years ago, I met Tim DeRoche when he published The Ballad of Huck & Miguel. This time around, we met via Skype to discuss his new book, A Fine Line: How Most American Kids Are Kept Out of the Best Public Schools, which sheds light on the inequality in America’s public school system. Mark Gordon: How would you best describe this book? Tim DeRoche: This book is about the laws and the policies that assign kids to public schools based on their residential address. It’s something that most people just accept as a given. It’s been a part of the American fabric for so long, we just take it as a given, and my book is about the problems that it causes. It’s a social justice angle in the sense that many middle-class and lower-income folks are excluded from the best public schools in a given city or a given district. But there are all sorts of distortions that those policies [...]

Center Stage with Mark Gordon is a talk show that looks at film and the people who make it happen in front of the camera as well as behind the scenes, the  award-winning actors, writers, producers, and directors.

Hafsteinn Gunnar Sigurðsson – “UNDER THE TREE”

Dane Johansen Talks About STRANGERS ON THE EARTH

Michael Arlen Davis talks about THE TEST & THE ART OF THINKING 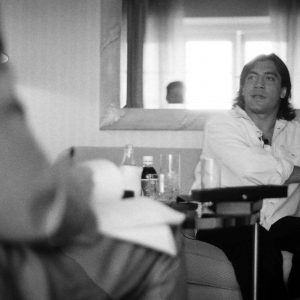 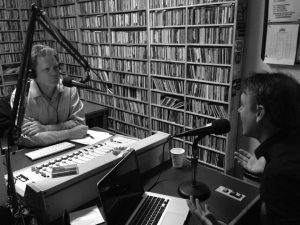 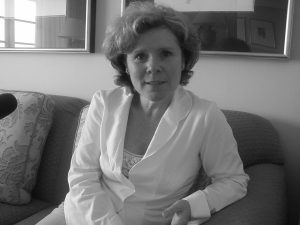 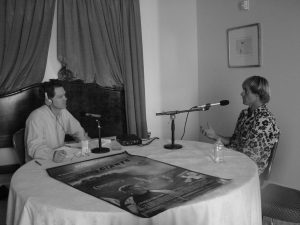 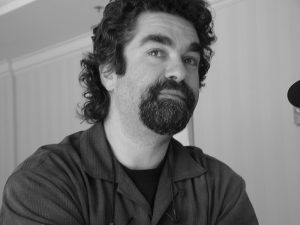 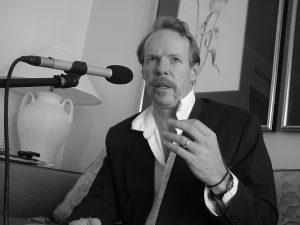 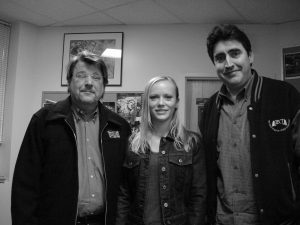