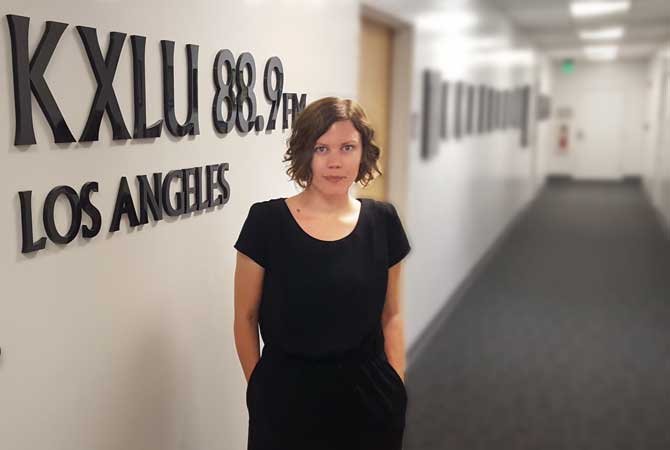 Amanda Kernell came Center Stage with Mark Gordon to talk about her new film SAMI BLOOD. The film follows Elle Marja, a 14 year old Sámi girl. She lives a quiet life in the mountains herding reindeer with her family. All that changes when she is taken from her village and sent to a boarding school. At the school she and other Sámi children are taught that they are inferior and unequal. They are exposed to racism and race biology examinations that permeated Europe in the of the 1930s. While most of the children go along with the program, Elle begins to rebel. She dreams of a new life. Eventually, she runs away from the school, her family and culture.

Many older Samis left everything behind and became Swedish and I’ve always wondered; what happens to you if you cut all ties with your culture and history? And can you really become someone else? Sami Blood is declaration of love to those who left and stayed – told from Elle Marja’s perspective. I wanted to make a film where we see the Sami society from within, a film where we experience this dark part of Swedish colonial history in a physical way. A film with yoik and blood. — Amanda Kernell

Listen to Amanda Kernell on Center Stage with Mark Gordon. The interview was originally broadcast on Tuesday, May 30, 2017

Amanda Kernell graduated in film directing from The National Film School of Denmark in 2013. Since 2006, Amanda has directed several acclaimed shorts including Stoerre Vaerie, the pilot for Sami blood which premiered at Sundance, was nominated for the Swedish Guldbagge for best short 2015 and has won several awards like the audience award at GIFF, Best short in Uppsala, etc.